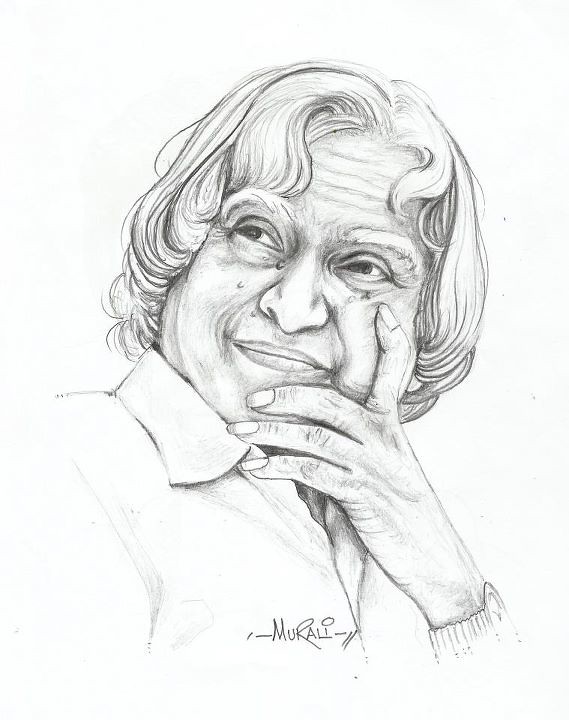 People's President, Top scientist, Bharat Ratna.... These are just some of the titles that come before the name of APJ Abdul Kalam who died today in Shillong, collapsing in the middle of what he loved doing most -- talking to students. He was 83.

Born 15 October 1931 in Rameswaram in Tamil Nadu to humble parents - his father was a boat owner -- APJ Abdul Kalam distributed newspapers at one time to support his family and his education.

He graduated with physics from the Madras University, went on to study aerospace engineering, wanted to be a fighter pilot but just missed that bus.

But there was no stopping him. The DRDO, ISRO, chief scientific advisor to the prime minister in 1992, the Pokhran 2 nuclear tests... Abdul Kalam straddled them all, till he was elected India's 11th President in 2002.

It was the role he will probably be most remembered for -- a president who brought Rashtrapati Bhavan to the people.... earning him the tribute of the People's President.

Signing the Office of Profit Bill was the toughest decision he had taken during his tenure -- that's what Abdul Kalam himself was once quoted saying.

There were also controversial decisions - his response to mercy petitions from death row convicts and the imposition of President's Rule in Bihar in 2005.

But what he will remembered for was his engagement with the people - especially children - even after his presidency and the books that he wrote - India 2020 and, of course, Igniting minds.

"If you want to shine like a sun, first burn like a sun," APJ Abdul Kalam had said in one of his inspirational speeches. He certainly did.

Today that sun has set.

"If a country is to be corruption free and become a nation of beautiful minds, I strongly feel there are three key societal members who can make a difference. They are the father, the mother and the teacher."

"You have to dream before your dreams can come true."

"To succeed in your mission, you must have single-minded devotion to your goal."

"Man needs his difficulties because they are necessary to enjoy success."

"Look at the sky. We are not alone. The whole universe is friendly to us and conspires only to give the best to those who dream and work."

"Let me define a leader. He must have vision and passion and not be afraid of any problem. Instead, he should know how to defeat it. Most importantly, he must work with integrity."

"On freedom: If we are not free, no one will respect us."

"On poetry: Poetry comes from the highest happiness or the deepest sorrow."

"I'm not a handsome guy, but I can give my hand to someone who needs help.Beauty is in the heart, not in the face."

Tags :
This website is made possible by displaying online advertisements to our visitors.
Please consider supporting by disabling your ad blocker.
loading comments...